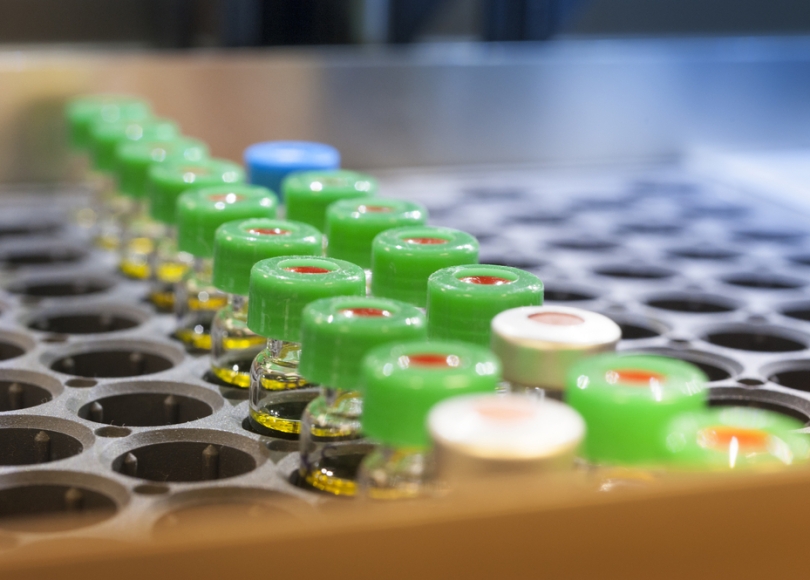 What if it were possible to give a safe and effective vaccine to healthy women to prevent breast cancer, or at least greatly reduce the risk of breast cancer? This is a question that some researchers are actively studying, with hopes of starting clinical trials for such a preventive vaccine within a couple of years.

The National Breast Cancer Coalition (NBCC) recently published a fifth annual report on its Artemis Project: For a Preventive Breast Cancer Vaccine. The Artemis Project has reached a turning point, according to the report. With decisions about possible targets for the vaccine having been made, the research team can now begin preclinical work to develop a vaccine that could potentially be tested in early phase clinical trials starting in 2017.

Before going into a little more on the Artemis Project and where it stands now, let’s take a look first at why some researchers are approaching breast cancer prevention this way.

For certain types of cancer, we have screening tools that make it possible to find and remove precancerous lesions before they become invasive cancers. The rate of death from cervical cancer has gone down more than 50 percent over the last 30 years, mainly as a result of increased use of the PAP test, according to the American Cancer Society. Colorectal cancer mortality rates have also been dropping in both men and women for more than 20 years, in part because polyps are being found by screening and removed before they can develop into cancers.

Mammography screening for breast cancer has not had nearly as much impact. As the use of mammography has increased, so have the numbers of women being diagnosed with the condition known as ductal carcinoma in situ (DCIS), which had been rare before.* But as DCIS diagnoses have increased, there has not been a corresponding decline in invasive breast cancer diagnoses–that is what would have been expected if most DCIS cases were in fact “precancers” that would have later developed into invasive cancers without treatment.

There has been a moderate overall decline in breast cancer mortality rates since the early 1990s–after slowly increasing between 1975 and 1990, breast cancer mortality overall decreased by 34% between 1990 and 2010.*  There is disagreement as to how much, if any, of that decline can be attributed to screening. But in any event, there has not been the dramatic decline in mortality that has occurred for colon cancer and cervical cancer along with the use of the colonoscopy and the PAP test.

A Different Approach to “Finding It Early”

Most of us are familiar with the use of vaccines to prevent disease caused by viruses such as the polio virus or the small pox virus. And there are vaccines in routine use to prevent cervical cancer, which is caused by certain types of the human papilloma virus (HPV).

It has been thought that viruses might play a role in breast cancer too. As reported last year, Artemis Project researchers assessed breast cancer samples from the Cancer Genome Atlas for the presence of viruses, but did not find any at the order of magnitude that has been seen in cancers known to be of viral origin, such as cervical cancer.

Artemis Project researchers working on a breast cancer vaccine are taking a different approach to “finding it early”.

Dr. Kim Lyerly of Duke University Medical Center is involved in the Artemis Vaccine Project work. In a talk entitled “A Preventive Vaccine for Breast Cancer: The Search for Antigens”, Dr. Lyerly stressed that a paradigm change is needed. Today, he explained, in the effort to identify early breast cancer precursors, we are still looking for anatomical changes–that is, the types of changes that are visible through mammography.

The new approach would be to look earlier in the process and identify signaling pathways that are activated before anatomical changes occur, Dr. Lyerly said. Proteins that are uniquely associated with these pathways, or “antigens”, can then become targets for potential vaccines.

What about other breast cancer vaccine initiatives that are underway?

Most breast cancer vaccines that are being developed now are for the purpose of treating breast cancer, rather than to prevent it from developing in healthy women. There are a variety of clinical trials underway to test experimental vaccines for women who have been diagnosed with and treated for breast cancer, many of which are for the subtype of breast cancer that makes too many copies of the HER2 protein.

An exception is a preventive breast cancer vaccine that the Cleveland Clinic is developing. The Cleveland Clinic announced in September 2013 that it would be seeking Food and Drug Administration approval to begin Phase 1 testing of such a vaccine. This particular vaccine would be used to prevent breast cancer in women at high risk for the disease, such as those with BRCA mutations. Because it targets a protein that is expressed in lactating mammary cells, it would only be appropriate for women who are no longer having children.

The Artemis Project is part of NBCC’s Deadline 2020 campaign, which has set a goal of “knowing how to end breast cancer” by 2020. This past May, I attended the organization’s annual Advocate Leadership Summit, where progress on the vaccine project and other initiatives related to the deadline were discussed. Researchers who spoke at the Summit were optimistic about the outlook for finding a set of critical antigens and for a finding a population to test to show that a potential vaccine has an effect.

Here are some of the highlights of the recently published annual report on the project, which describes a number of areas that the researchers have come to agreement on, as well as action steps to be taken:

Hearing from the researchers who spoke at the Summit was encouraging, as was reading about the progress reflected in this latest annual report.

If you would like to read more about the Artemis Project, additional materials about the vaccine research, as well as other research initiatives, are available on the NBCC website.