Since 1999, the month of September has been designated as Gynecologic Cancer Awareness Month (GCAM). The goals of GCAM each year have included educating women about the signs and symptoms of gynecologic cancers as well as factors that increase risk for these types of cancer.

This September has particular significance for me and my family. It was at about this time 40 years ago that my mother was diagnosed with uterine cancer. She was only 50 years old at the time.

As is often the case, my mom’s cancer struck “out of the blue”–there was no family history or other reason to think she was at risk for cancer, especially at such a young age. Tragically, the cancer she had was very aggressive. She was treated with surgery and radiation therapy, but unfortunately the treatments did not do much for her. The cancer spread rapidly and she died less than a year after her diagnosis.

Looking back after all these years, I still miss her very much, but there are many good memories as well. And as the years went by, I came to appreciate more and more the legacy that both my parents left us, including the values taught, interests nurtured over the years growing up and opportunities they created for us.

Our family story has certainly colored my own perspective on “awareness”. I think we need to look at the big picture. In part, it means understanding our individual risks and which screening or preventive measures our appropriate for us. And it also means we need to advocate for coordinated research efforts with appropriate levels of funding so that real progress can be made against the group of diseases called cancer.

Some Things to Know About Gynecologic Cancers

Gynecologic cancers are cancers of women’s reproductive organs–the five main types are cervical, ovarian, uterine, vaginal and vulvar. For 2015, the American Cancer Society estimates that there will be 98,000 new cases and 30,000 deaths from these types of cancer among women in the United States.*

Here are a few important things we need to know about gynecologic cancers, according to the Centers for Disease Control and Prevention:**

Inherited genetic mutations increase the risk for some types of cancer, including some gynecologic cancers, and are responsible for about 5 to 10 percent of all cancers. The Foundation for Women’s Cancer has recently published a fact sheet on the role of heredity in gynecologic cancer, which explains the risks for hereditary gynecologic cancer and includes a discussion of genetic testing including next generation sequencing.

Approved treatments for gynecologic cancers have long included surgery, chemotherapy and radiation therapy. More recently antiangiogenic therapy, a type of targeted therapy that limits the formation of new blood vessels around a tumor, was added to that list.

One of the highlights of 2014, in terms of progress against cancer, was the FDA’s granting of accelerated approval of the drug olaparib (Lynparza) for the treatment of advanced ovarian cancer associated with defective BRCA genes. Olaparib is the first in a new class of drugs called “PARP inhibitors” to receive FDA approval. PARP inhibitors can stop the growth of cancer cells while sparing normal cells.

In addition, a number of clinical trials are investigating the use of immune system therapies to treat gynecologic cancers, and several early stage clinical trials have reported encouraging results.

What Does the Future Hold?

Would the outcome be any different for my mother if she were diagnosed with the same type of cancer today?

Research under The Cancer Genome Atlas (TGCA) umbrella has identified several subtypes of endometrial (uterine) cancer, based on the molecular characteristics of tumor cells, and also found genomic similarities between uterine cancer and several other types of cancer. These findings suggest that it may be possible to find targeted treatments for subtypes that would be more effective than the existing “one size fits all” approach.

Perhaps, eventually, genomic sequencing of a patient’s tumor cells will come into routine use to identify driver mutations for which there are targeted medications available or being tested in clinical trials. Immune system therapies are an area of promise for many types of cancer as well. In all of this, research holds the key.

Another excellent resource is the #gyncsm Community, a community of gynecologic cancer survivors, patient advocates, caregivers and health care providers. The community holds monthly Twitter chats on a wide variety of topics of interest to anyone impacted by gynecologic cancer, and its website contains a wealth of information and links to additional resources.

*American Cancer Society, Cancer Facts & Figures, 2015
**Centers for Disease Control and Prevention, Inside Knowledge: Get the Facts About Gynecologic Cancer 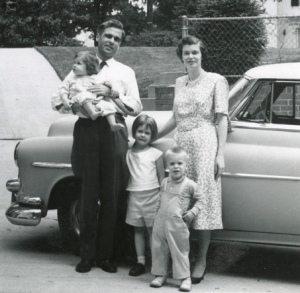