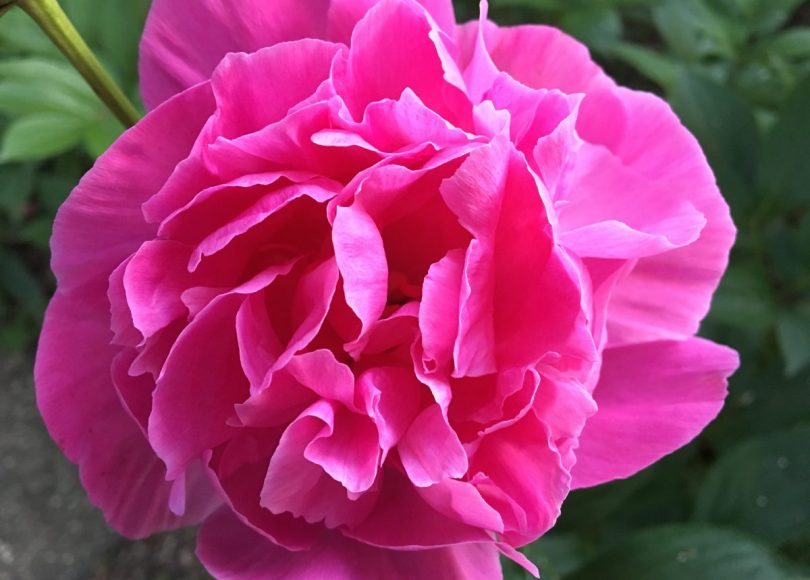 What’s the latest news in cancer research that we need to know about? In this post, I’ll briefly review several of the most interesting cancer research stories that have been in the news this spring.

Topics covered this time include studies reported at the recent annual meeting of the American Association for Cancer Research on the use of PARP inhibitors to treat different types of cancer, as well as a study on the benefits of immunotherapy for triple negative breast cancer.

Precision Medicine I: Latest on PARP Inhibitors for Patients with Ovarian and Breast Cancer

A relatively new class of drugs called “PARP inhibitors” works by blocking an enzyme that helps cancer cells repair their damaged DNA, causing them to die. The first PARP inhibitor, olaparib, was approved by the Food and Drug Administration (FDA) in 2014 for patients with advanced ovarian cancer who also had a BRCA gene mutation.

This spring, the FDA approved another PARP inhibitor, niraparib, for ovarian cancer patients. But in this case, the approval was broader. Findings from a Phase III clinical trial had shown that the drug made a significant difference in progression-free survival across a wide range of ovarian cancer patients, including patients who did not have BRCA mutations.

PARP inhibitors work by taking advantage of a defect in a cancer cell’s ability to repair its damaged DNA. This defect is known to exist when there is a BRCA mutation present.

Two studies presented at the recent annual meeting of the American Association for Cancer Research (AACR) suggests that this vulnerability may also exist in brain tumors when a different mutation–but one that is common in brain tumors–is present. Preliminary experiments suggest that a PARP inhibitor may be an effective way to treat brain tumor patients with IDH mutations. The studies and their interesting implications are discussed in a post on the AACR blog.

Drugs in the class of immune system therapies known as checkpoint inhibitors or PD-1 inhibitors, which act by “removing the brakes” on the immune system have received lots of attention at scientific meetings over the past several years. The FDA has now approved checkpoint inhibitors for treatment of a number of different types of cancer, including melanoma, lung cancer, kidney cancer, bladder cancer and Hodgkin lymphoma.

Breast cancer remains one of several major cancer types for which checkpoint inhibitors have yet to be shown effective. However, at this year’s AACR annual meeting, findings were presented from an ongoing Phase I clinical trial of one checkpoint inhibitor to treat patients with metastatic triple negative breast cancer. The study, which is covered in the AACR blog, showed significantly longer overall survival in patients for whom the drug produced a response.

New guidelines for the use of evidence-based integrative therapies for breast cancer patients have been issued by the Society for Integrative Oncology (SIO) and were reported in the journal Cancer. The guidelines are based on a systematic review of randomized, controlled clinical trials conducted between 1990 and 2015.

In January 2015, I wrote about the findings on choosing complementary therapies for breast cancer from a similar study that was published in the Journal of the National Cancer Institute Monographs.

Debu Tripathy, MD, Chair of Breast Oncology at MD Anderson Cancer Center and a past president of SIO, had the following comment, as reported by Science Daily:

The routine use of yoga, meditation, relaxation techniques and passive music therapy to address common mental health concerns among patients with breast cancer is supported by high levels of evidence. Given the indication of benefit coupled with the relatively low level of risk, these therapies can be offered as a routine part of patient care, especially when symptoms are not well controlled.

A study reported in the journal Cancer examined the relationship between a wide array of factors affecting the quality of the external environment and the incidence of cancer in counties across the United States.

The study’s major conclusions were:

The authors stressed that external environmental factors need to be studied, not in isolation, but for their cumulative effect. This is of course not a new idea, and several distinguished government panels, including the President’s Cancer Panel, have recommended this, as I’ve written about previously. However, this major study adds to the evidence and provides yet another call for more of this urgently needed research.