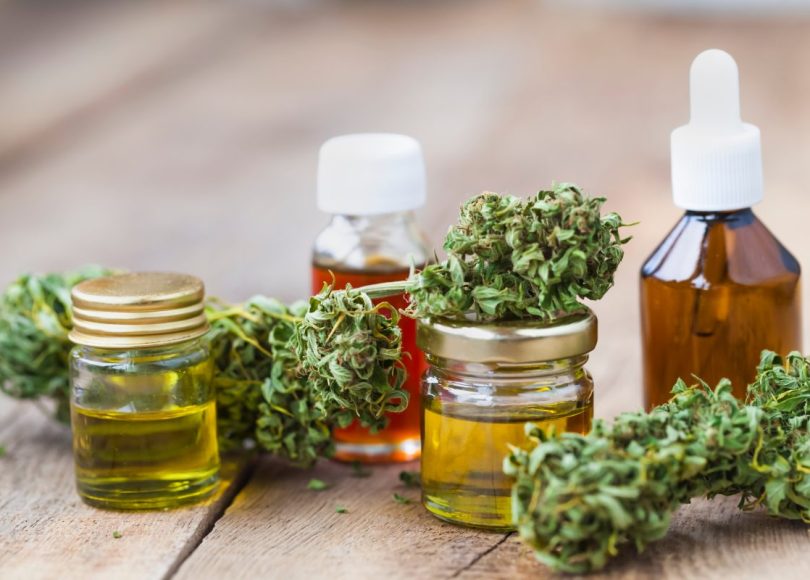 UPDATE: On December 4, 2020, the U.S. House of Representatives passed the Marijuana Opportunity Reinvestment and Expungement Act (the MORE Act), which decriminalizes marijuana, but the bill did not advance in the Senate. The MORE Act was reintroduced in the House of Representatives on May 28, 2021. It is one of several cannabis reform bills being considered by Congress.

There’s also legislation in Congress that would legalize cannabis under federal law, with action in the House of Representatives expected before the end of the year.

In this post, we’ll take a look at what medical cannibis is, what is known at this time about how it can help cancer patients, and why legalization under federal law is important.

Medical cannabis can take various forms. The dried leaves and buds of the cannabis plant can be eaten in food products, smoked or inhaled. There are also a number of substances derived from the plant, called cannabinoids, that can be used in medical care. Two of the active cannabinoids that have been studied are delta-9-tetrahydrocannabinol (THC) and cannabidiol (CBD). THC is the substance in cannabis that causes a “high”. CBD does not have psychotropic effects.

Under U.S. federal law, cannabis is classified as a Schedule I “controlled substance” and possessing cannabis is illegal except in approved research settings. However, many states have legalized medical cannabis, and some have passed broader laws legalizing cannabis for recreational use. Individual state requirements vary, but in general where these products are legalized a person can obtain and use them with a doctor’s written recommendation.

There is sometimes confusion between hemp and cannabis. These two plants are related, but different. Hemp contains only very low levels of THC, the chemical that has psychotropic effects. In 2018, hemp, as well as CBD derived from it, were legalized under federal law.

How Can Medical Cannabis Help in Cancer Care?

There’s evidence currently that cannabis and cannabinoids can be helpful in alleviating side effects from cancer treatment as well as symptoms of the disease.

There is also the intriguing possibility that cannabis and cannabinoids could one day become part of the medical tool kit for treating cancer. Research in this area is limited because of cannabis’s status as an illegal narcotic under federal law. Research that has been done so far has been mostly on cells and in animal models.

It’s important to know that cannabis and cannabinoids, like most other drugs, have side effects and they may also interact with other medicines. They should only be used in consultation with a doctor.

It also needs to be stressed that currently there is no evidence that cannabis or cannabinoids are effective in the treatment of cancer. We simply need much more research to know whether that is a possibility.

There are many ways in which legislation to remove cannabis from the list of controlled substances under the federal Controlled Substance Act could benefit patients.

Removing cannabis as a controlled substance would allow it to be better researched. Clinical trials could improve understanding of possible side effects as well as the best doses and routes of administration for cannabis and cannabinoids in relieving various symptoms and side effects. In addition, possible future uses in treating cancer could be studied.

FDA approvals of additional cannabinoid drugs could make them more readily available to patients. The current lack of FDA approvals for all but two cannabinoid drugs, may be one reason that not many physicians recommend these medicines for their patients. The lack of needed data from clinical trials on dosing, side effects etc. may, in turn, be part of the reason the FDA has not done much in this area so far.  Also, without FDA approval, insurance may not cover these medicines.

Guidance for physicians could also be updated to include these medications, further supporting the ability of physicians to recommend them to patients as appropriate.

The Marijuana Opportunity, Reinvestment, and Expungement Act (MORE Act) removes cannabis from Schedule I under the Controlled Substances Act, allowing individual states to determine their cannabis policies and removing conflict with federal law. The bill also enacts various criminal and social justice reforms related to cannabis. The House of Representatives is expected to vote on the MORE Act before the end of this year.

Be sure to let your representatives in Congress know that removal of cannabis from the federal list of controlled substances is important to you.

For more information on medical cannabis, here are several resources worth checking out: